Who Is At Fault if A Pedestrian Is Hit While Jaywalking?

When a pedestrian is hit while jaywalking, who is at fault for the accident will come down to which party is primarily responsible for causing the crash. For example, suppose the pedestrian stepped out into the path of a vehicle so close that the driver could not stop. In that case, the jaywalking pedestrian will likely hold the majority of the blame. Whereas, if the driver could have seen the pedestrian and had enough time to stop but failed to do so, the driver may be liable. In many cases, both parties will share fault. 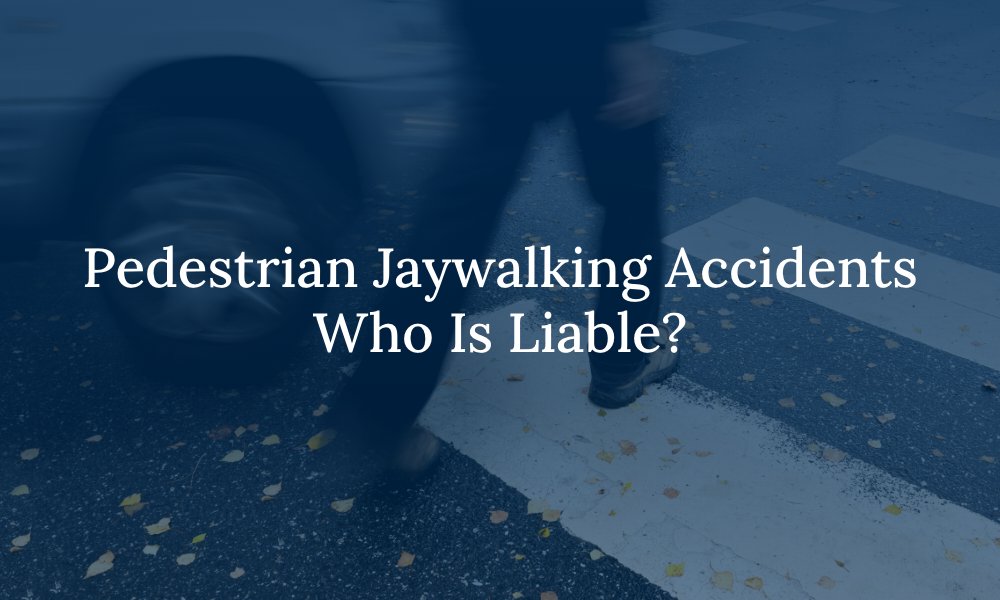 Do Pedestrians Always Have the Right of Way in Texas?

Pedestrians often, but do not always, have the right of way in Texas. Pedestrians who attempt to cross a street when there isn’t a crosswalk, or there is a “do not walk” sign are technically jaywalking. Texas law requires jaywalkers to yield the right of way to approaching vehicles when possible. However, Texas Transportation Code § 552.008 also requires drivers to exercise due care to avoid collisions with pedestrians. Just because a pedestrian is jaywalking does not free a driver of their duty, so they must avoid hitting them if at all possible.

Texas’s modified comparative negligence law will be applied when determining liability in a jaywalking pedestrian accident. Under this rule, each party will be assigned a percentage of fault. If one party is found more than 50% responsible, they cannot recover any compensation. For example, if a pedestrian is awarded $100,000 and found 30% at fault because they were jaywalking, but the driver could have stopped, they will receive 70% or $70,000. However, if the court finds the jaywalking pedestrian 51% at fault, they won’t receive any money.

This law can make it challenging for pedestrians to successfully pursue a claim if they were jaywalking at the time of the collision. They will typically be found 51% or more liable, which at that point, would allow the driver to sue the jaywalker for damages if necessary.

When determining fault after a pedestrian is hit while jaywalking, an insurance company will decide each party’s degree of liability after investigating and reviewing evidence, such as:

The quality of evidence collected after a pedestrian accident will have a tremendous impact on the outcome of a claim.

Most pedestrian accidents are preventable. If you or a loved one has been involved in a jaywalking pedestrian accident, contact Ramsey Law Group. We can help you collect critical evidence before it disappears and ensure the appropriate party is held liable. Call (713) 489-7577 or request a free consultation online today.