Who Is Liable for Motorcycle Accidents While Lane Splitting? 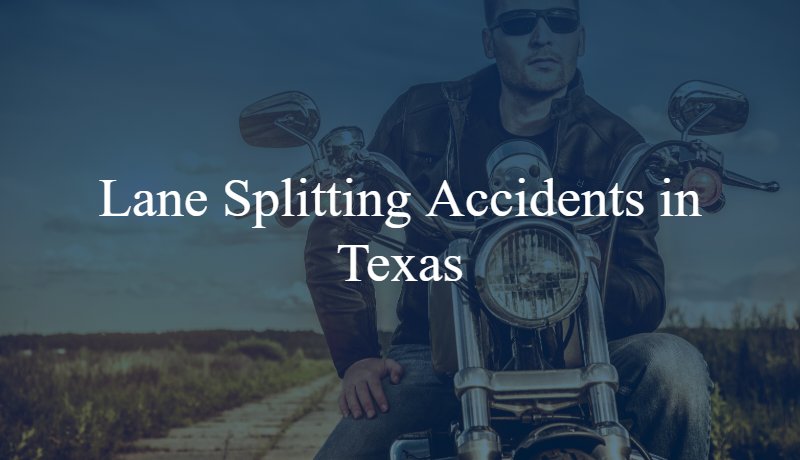 How is Liability Determined in a Lane Splitting Accident?

When liability is being assessed for a lane splitting accident, the fact that it is illegal to lane split in Texas plays a significant role. However, several factors can come into play. The events leading up to the crash will be considered; for instance, if there was a hazard in the road the motorcyclist had to avoid, they may only be partially liable. Whereas, if there was no such hazard forcing the motorcyclist to lane split, they will likely hold the majority of liability, if not all.

All of these details and more will determine which party is at fault and therefore liable for damages.

Texas courts follow the rule of modified comparative negligence or the 51% bar rule. Whichever party is determined at fault, whether it is the motorcyclist or the driver, cannot receive compensation if they are more than 50% to blame.

Lane splitting can help motorcycle riders move past congestion, but the following risks associated with the maneuver can outweigh the reward:

As of today, lane splitting is only legal in California.

Penalties for Lane Splitting in Texas

The state of Texas has laws in place that penalize motorcyclists for lane splitting. Motorcyclists must follow the same rules and regulations as other vehicles on the road, which means they are responsible for passing vehicles in appropriate locations and driving within one lane.

Those guilty of lane splitting may be subject to a $175 fine and may also be ticketed for other traffic violations such as unsafe lane changes, following too closely, or reckless driving.

If you or someone you love has been injured in a lane splitting accident, contact Ramsey Law Group. Our Houston Motorcycle Accident Lawyer can work with you to determine liability and ensure you recover the compensation you are entitled to. Call (888) 335-7477 or message us online to schedule your free consultation.